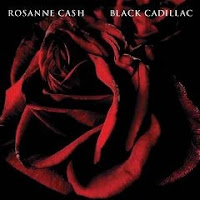 I've been thinking a lot about tradition as I listen to this CD—not surprising, since Cash has tradition running through her veins and this music's precipitating cause is the death of those who passed it on to her: father, stepmother, and mother, all within the space of a little more than a year. Cash isn't the radical her father was, but she's smart and knows how to make the music her own. "House on the Lake," for example, is a lovely, mournful evocation of the Cash homestead outside Nashville. It's filled with private references, and yet towards the end of it she tosses in a chestnut so overworn with use that one almost winces to hear it:

How many hundreds, if not thousands, of mediocre songwriters have reached for that phrase to cast a mythic hue over their otherwise forgettable creations? As Orwell wrote about dead metaphors, the line is beyond cliché; it exists simply as a place-holder, a way to kill time without thinking about how you are saying what you are saying. And yet, abruptly, Cash redeems it with the very next line:

" 'Cause we both are sinking fast."

Suddenly what was vague snaps into focus. This isn't the city of a thousand bad folksongs, but a very specific New Orleans, the 2006 version staggering under the losses of Hurricane Katrina just as Cash was staggering under the losses of those she loved. The couplet, starting in generality, becomes just as intimate as the rest of the song, for it reminds us of how public tragedies always weave their way into our private losses, how they, like parabolic mirrors, reflect and intensify our sorrow. At the same time, there's a moment of hope there, too—aesthetically, at least—since the lines suggest that all these grand tropes of American songwriting, all these shopworn 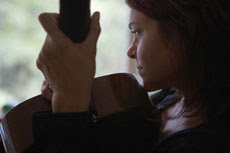 clichés, might still be able to help heal us, if we could only lay our hands directly the tradition itself, rather than the encrustations that have grown over it over the years.
Posted by Edward W Batchelder at 4:02 PM