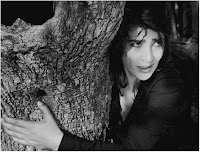 Back in the days before Nia Vardalos’s My Big Fat Greek Wedding became the standard Hellenic reference point for American audiences, there was Michael Cacoyannis’s Zorba the Greek. Filmed in black and white, set in a poor village in southern Crete, featuring a number of grim scenes and culminating in catastrophe, it would seem to be an unlikely candidate for the international film sensation of 1964. And yet, it took the world by storm, becoming both a critical and a commercial success—among other tributes, it was nominated for eleven Oscars, won three, and was even credited with helping the late-sixties tourist boom in Greece.

This is to a large extent a tribute to Anthony Quinn’s hyperkinetic turn as Zorba, a recklessly charismatic adventurer who moves through life so quickly that the disasters he creates can never quite catch up with him. As with the scene in the film where he emerges unscathed from a mine collapse, he has an astonishing ability to get out just in the nick of time, and while he certainly carries the scars of what he’s lived through, they haven’t so thickened his skin that he can’t feel the pulse of new experiences. He lives with such vitality that everyone around him—his cautious, bookish boss, the black-shrouded men and women of the village, even the flamboyant French prostitute—seem like shadows. Zorba is a force of nature, a hurricane of existence that we can’t help but be overwhelmed by, precisely because he resists our better judgments.

It’s a role that defined Quinn ever afterwards, and it defined “Greek” for several generations of movie-goers as well, though with a strong assist from the innumerable restaurants and diners that stuck the mnemonic “Zorba” in their names. A Google search turns up literally hundreds, and it’s no coincidence that Vardalos, in her own portrayal of what it means to be Greek, pays ironic homage by calling her family's restaurant “Dancing Zorba’s.” Though one has the impression that she’s never danced a day in her life, and certainly not there.

There’s another irony to Zorba’s success, though, which has to do with Cacoyannis himself. From his earliest films, Cacoyannis displayed a sensitivity to women’s position in a male-dominated society that would be rare in any director, but is simply astonishing in a male director of his generation. Zorba is, in fact, one of his few films to even feature a male protagonist. Of his fifteen feature-length works, over ten place women in the starring roles, including his three adaptations of Greek tragedies—Elektra, Iphigenia, and the powerhouse Trojan Woman, which actually stars four women: Katherine Hepburn, Vanessa Redgrave, Irene Pappas, and Geneviève Bujold. In the early Stella, Melina Mercouri plays a woman who would rather die than give up her freedom by marrying, even to the man she admittedly loves. It was made in 1955. 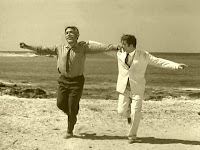 And then there’s Zorba, a movie so relentlessly preoccupied with its male characters that it could qualify as an early example of a seventies “buddy film.” In fact, it would be hard to come up with an apter description of Zorba's structure than the genre definition provided by The Journal of Popular Film and Television: Buddy films “replac[e] the traditional central romantic relationship between a man and a woman with a buddy relationship between two men. By making both protagonists men, the central issue of the films becomes the growth and development of their friendship. Women as potential love interests are thus either eliminated from the narrative ... or pushed into the background as side characters.”

And yet, with the women being portrayed by Irene Pappas and Lila Kedrova—who won an Oscar for her performance—one can hardly call them side characters. I would argue that Cacoyannis has done something extraordinary here—he’s made a buddy film that clearly honors the central place of the men’s friendship, and as well novelist Kazantzakis’s tribute to a life lived with courage and a refusal to bow down to the quotidian demands of bourgeois existence. At the same time, Cacoyannis also pays homage to the women who are systematically—albeit unintentionally—destroyed by the men's pursuit of their friendship.

Zorba is indeed admirable for the freedom he asserts as his natural right, but Cacoyannis can’t help but also notice what happens to the women who try to grasp even a small piece of that freedom. Watch Pappas’s face as she welcomes Alan Bates into her house—she knows what she is risking, and she risks it anyway. She is, in this one moment, perhaps more courageous than Zorba ever is.
Posted by Edward W Batchelder at 1:21 AM